Finally I get to show off some of the cool stuff I've been developing at work! I got the go-ahead from my employer to open-source one of the tools I developed called tickscript-studio.

This is a web-based gui for writing and testing "tickscripts" which are little chunks of code in a DSL (Domain specific language) that kapacitor uses to process streams of time-series data and generate alerts based off of them. 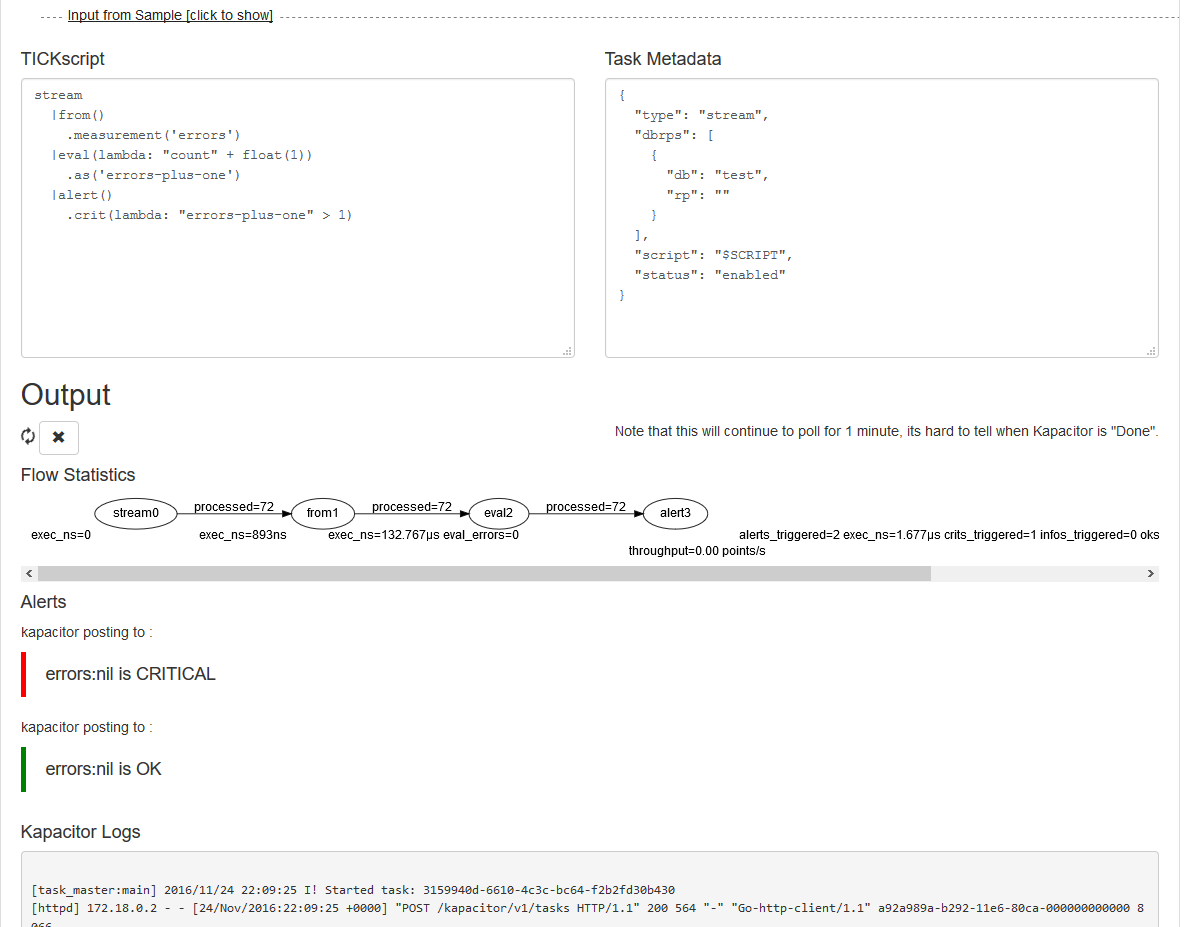 It's very shoddily implemented, but it works, and it has already proven to be useful for people on my team.

If you are interested in checking it out, it's on github and docker hub.

Pragmatic Path Towards Non-technical Users Owning Their Own Data