I was wrong about SBCs (Single Board Computers)

Long ago, I believed that Single Board Computers (SBCs) like the Raspberry Pi were going to become the ultimate hardware platform for home servers. The idea of taking a mass-produced cellphone System-on-a-Chip (SoC) and attaching an ethernet + SATA port seemed perfect. Everything was lining up for SBC dominance as the Raspberry Pi 3 and 4 finally fixed the IO and power issues that had plagued the earlier models & their compettitors. Gone are the days of sub-par software support for arm CPUs, as pretty much any major software can be installed on ARM these days and if not, it's usually a relatively painless process to run a quick build for your device.

SBCs had overcome cheap $5/month cloud instances in terms of their performance characteristics, with some models boasting 8 cores & quite impressive multi-core CPU benchmarks, especially when you consider their power consumption. The software support was looking excellent. New chips with another massive 4x leap in performance were just around the corner...

And then covid hit. War broke out in Europe, demand for chips soared while supply ran dry. Just In Time Manufacturing experienced its first major system shock, and industry is still recovering years later. Now you can't even buy a new Raspberry Pi if you wanted to, they're all permanently out of stock everywhere and have been for years.

There are still some arm SBCs for sale, including those 4x faster ones I mentioned, like the radxa Rock 5B on ameridroid. But there aren't any more $35 computers to be found; these days SBCs tend to run about $60-$200.

Someone on the radxa discord had pointed out to me that maybe single board computers aren't the right choice for cheap homebrew server hardware. At first I was reluctant to give up on my SBC evangelism:

so if I was homo economicus, I should be willing to pay about $80 more for a device that uses 2-5 watts instead of 20 watts, assuming im gonna use it for 6+ years


What I didn't know, however, was that while the ARM chips of today are in extremely short supply, there appears to be a GLUT of used x86 hardware, so much so that some of these suckers are being listed for $30 with free shipping on ebay: 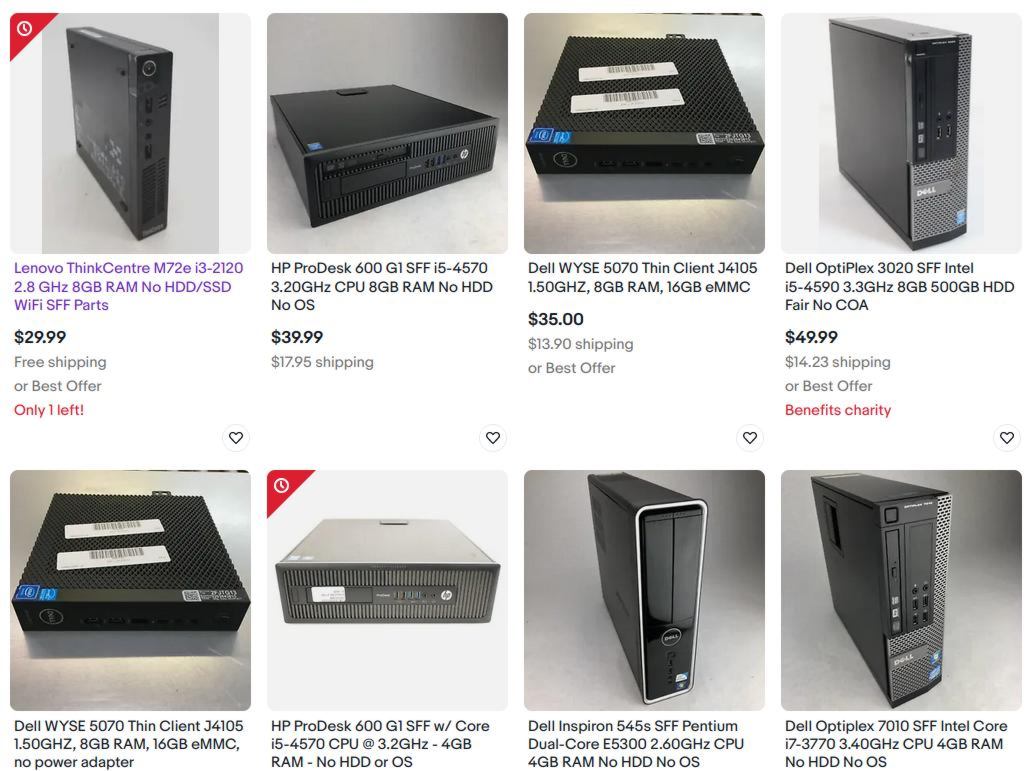 Shipping ain't cheap. Something being sold for $30 with free shipping is practically being given away for free from the seller's perspective.

By the way, if you want to replicate my ebay search, I believe it was:

I've been saying for a long time that computers are fast enough and we shouldn't need to buy new ones any more. Maybe that just means I'm getting old, but I think there's a lot of truth to it as well.

In the past, I imagined a future where computer hardware just kept getting cheaper and cheaper, better and better. To some extent that has been true, but not for NEW new hardware like the new arm SBCs. They have only ever gotten more expensive.

On the other hand, I had been ignoring the used hardware market; I wrote off the used PC & server options as:

My first ever post on this blog, The "recycle" Computer ♻️ can speak to that a bit. That computer was definitely annoying. The fan and HDD made noise, it didn't support booting from USB, so re-installing the OS required a CD burner.

But these days, five years later, the computers that folks are willing to throw away or sell for $30 on ebay have changed dramatically! Now they have:

I remember back when I started getting excited about ARM SBCs, these kind of computers existed, but they were new-ish, and almost always quite pricey. But now they're abundant like garage sale walmart bikes. Huh. Go figure.

According to netizens from Free Geek, while almost all of the thin client boxes support SATA for storage, some of them only have room inside for the SATA SOM (System On Module) form factor. So they can't be used with hard drives, one would have to either purchase an SSD that comes in this form factor or else purchase a regular one that is known to contain a short stubby little board inside and remove the tin cover from the outside of it. 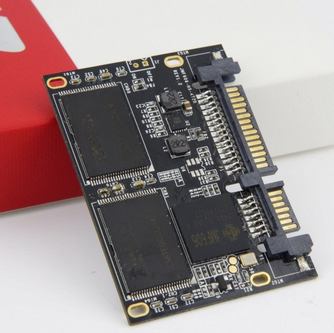 The dream of home-brewed redundancy and failover for less than $100 is still very much alive! I don't see any reason why these machines can't/shouldn't be picked up for a pittance and used as servers. I also don't see much of a reason to prefer SBCs or arm CPUs any more.

So while I'm figuring out where I want to go with my home-brew / community hosting software endeavors, I will be putting some of these ex-corporate thin client boxes on my holiday wishlist.

I can't think of a more compelling story for the hardware of the community-hosted internet revolution than that it was essentially dumpster-dived from behind a Cisco office park somewhere.